England is a country that is part of the United Kingdom in Europe. It is noted that Great Britain, which is composing of four countries, which are England, Scotland, Wales and Northern Ireland. Its capital and largest city is London, other major cities including Birmingham, Sheffield, Manchester, Liverpool, and Leeds. 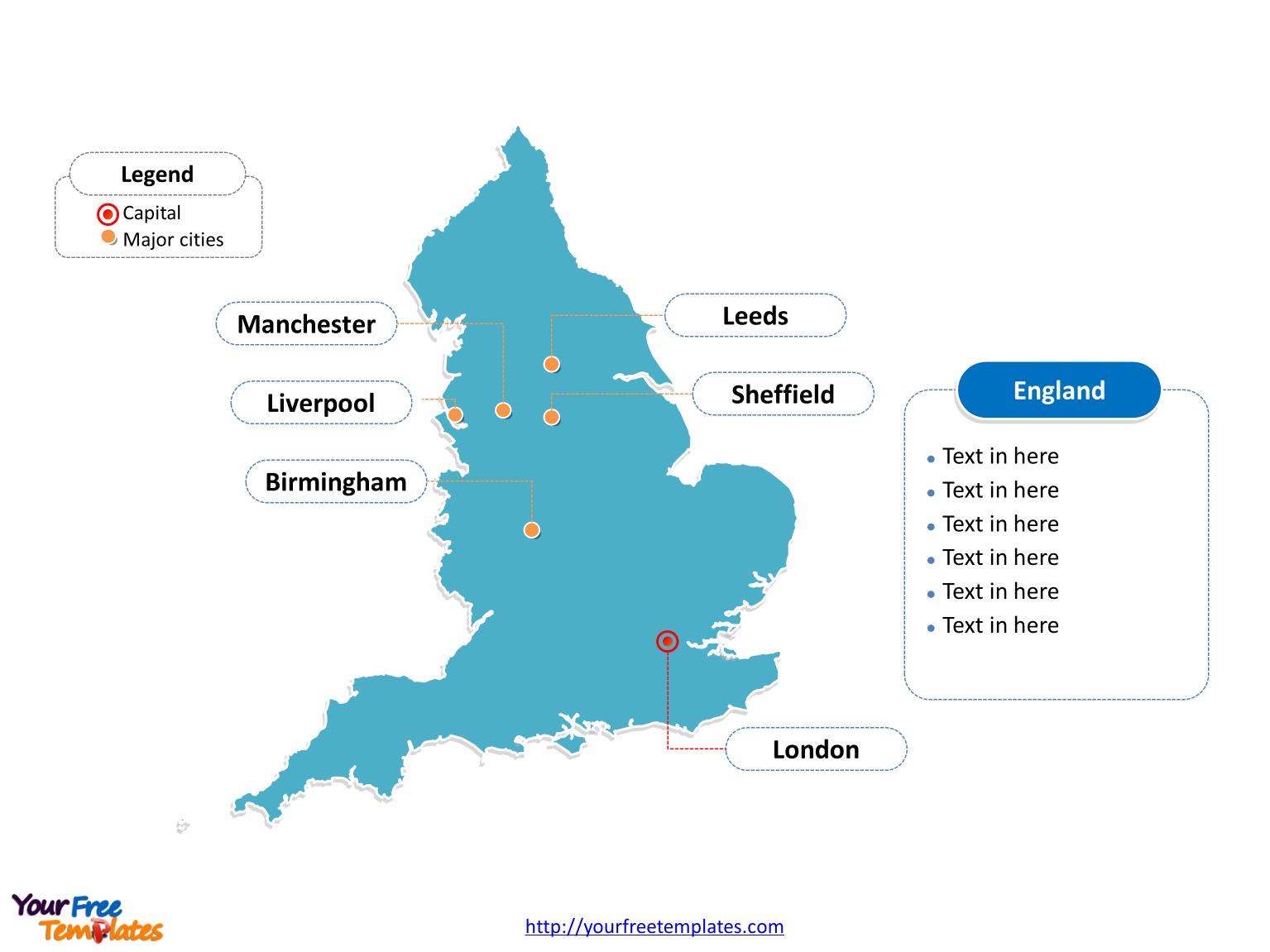 Map of England is the slide for the fact that England is a country with 9 regions; they are East of England, East Midlands, London, North East, North West, South East, South West, West Midlands, and Yorkshire & Humberside. Every individual political subdivision is an editable shape. 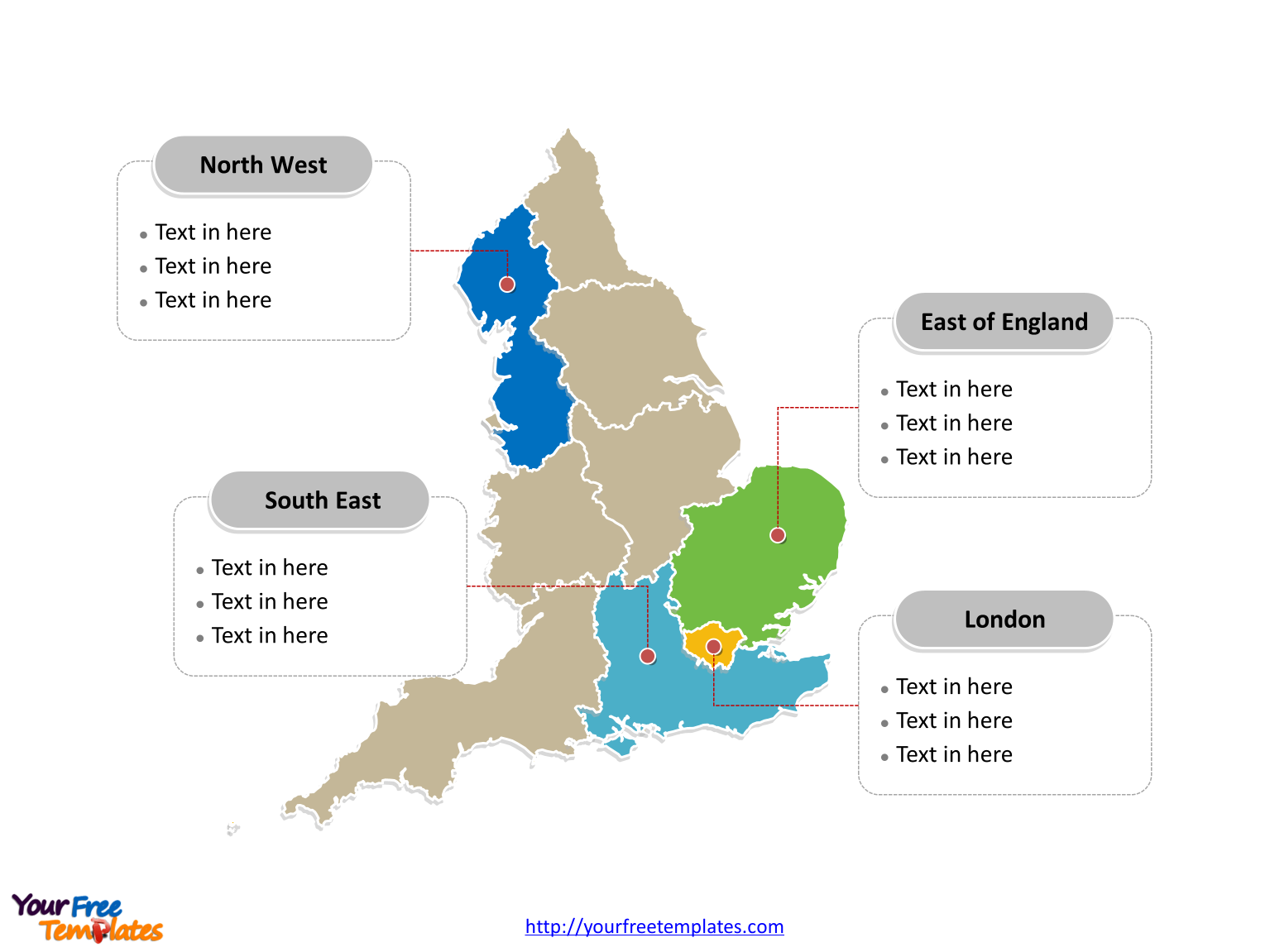 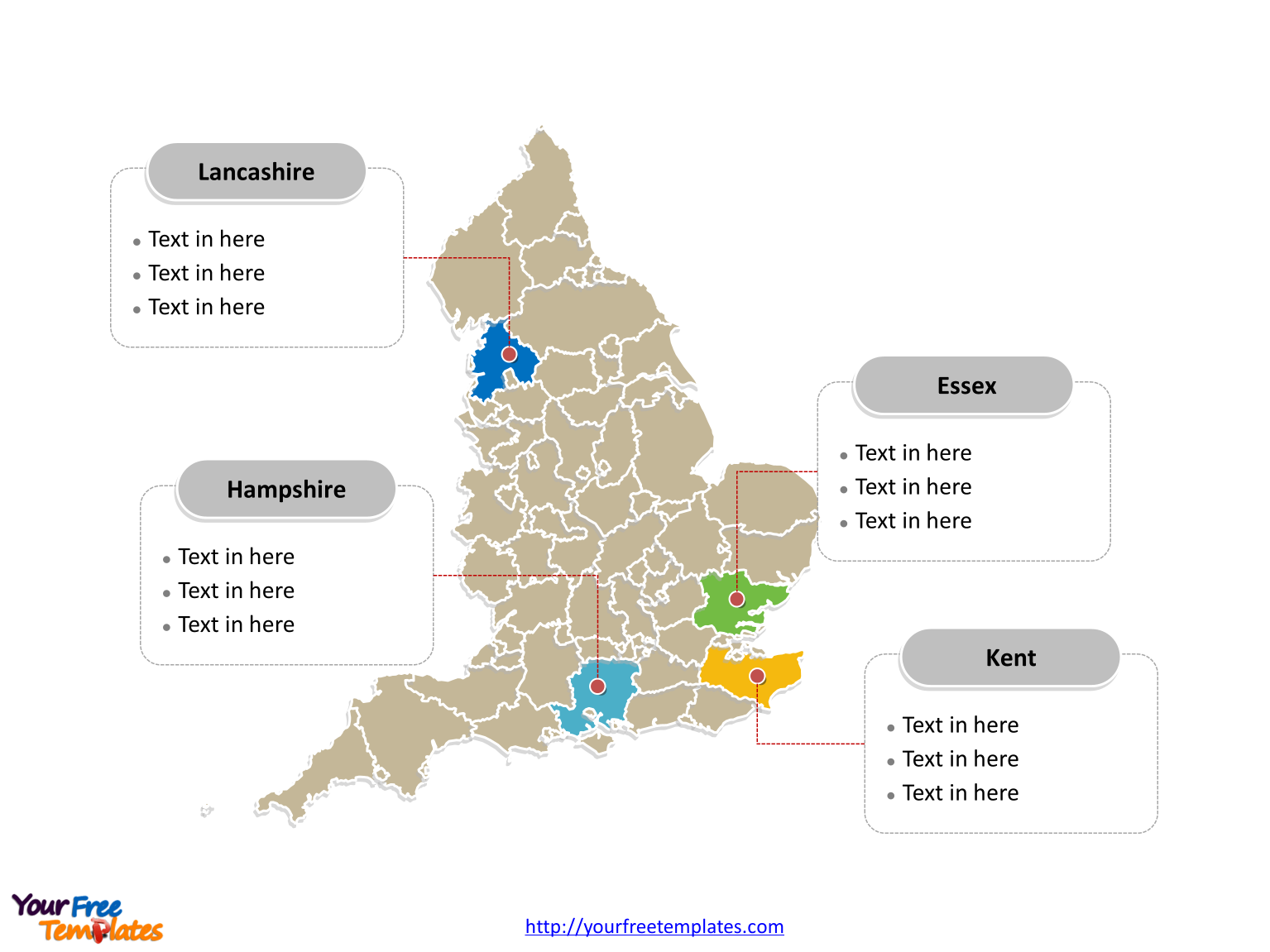