The US map with states Template in PowerPoint format includes two slides. Firstly you have the blank and framed country with states. Secondly US map with state names have the two-letter abbreviation state names. Finally the framed US state map by region will let you add country names or ocean names to customize your own USA maps. For the USA state maps series, you can enjoy United States Map Template,  Free USA PowerPoint Map, US Region Map Template, and US map with Mid-Atlantic States, US maps with South Atlantic States and US New England map.

Slide 1, blank and framed US map with states.

The United States of America (USA), commonly known as the United States (U.S.) or America is the federal republic composed of 50 states, a federal district, five major self-governing territories, and various possessions. For one thing, the capital is Washington, D.C., and the largest city by population is New York City. Then the Forty-eight states and the capital’s federal district are contiguous in North America between Canada and Mexico. Furthermore the State of Alaska is in the northwest corner of North America, bordered by Canada to the east and across the Bering Strait from Russia to the west. Finally the State of Hawaii is an archipelago in the mid-Pacific Ocean. The blank and framed US map with states is an ideal PowerPoint template for your documents. Slide 2, The country with state names, that is two-letter abbreviation names are labeling on the maps 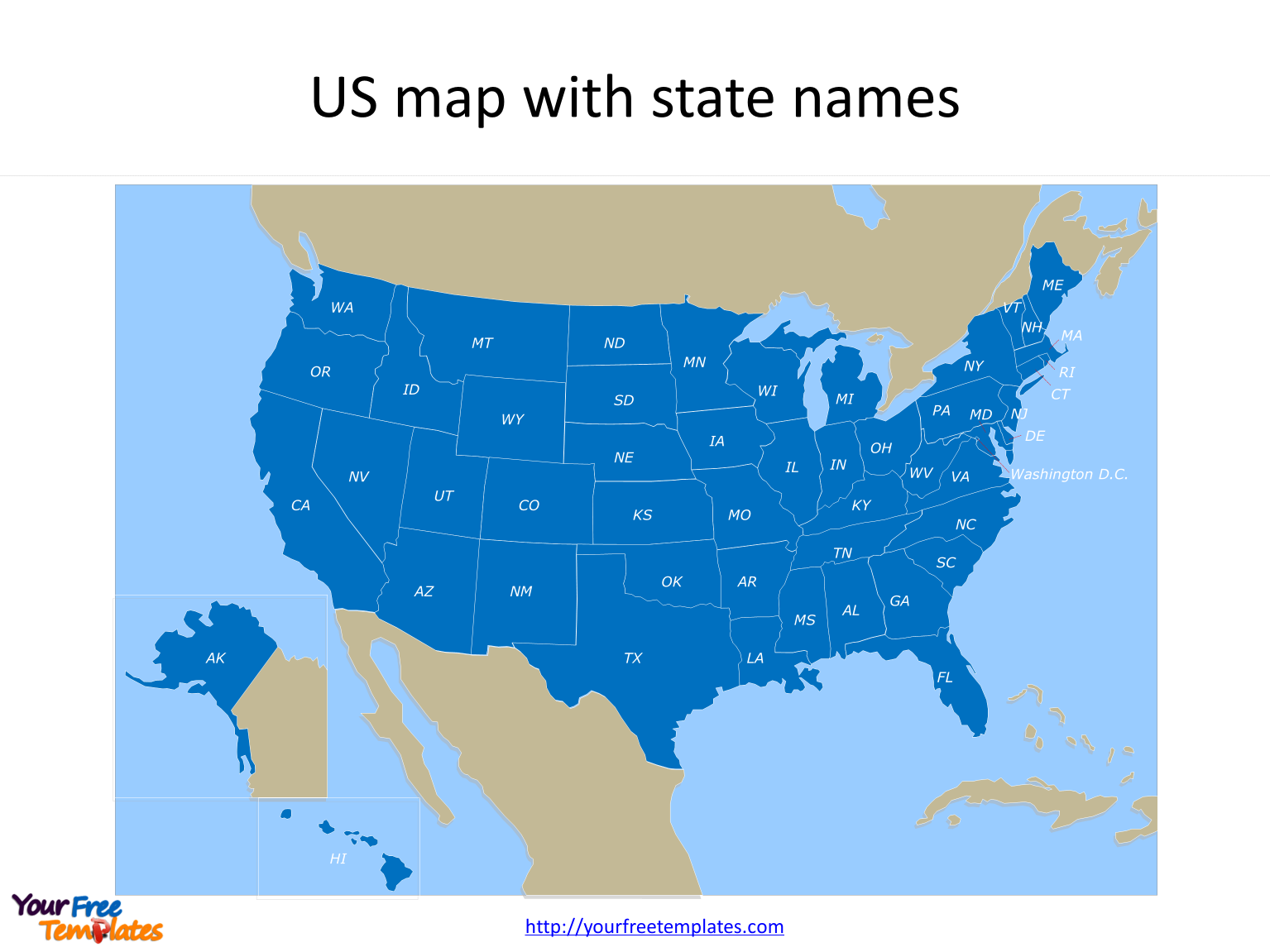 The regions are Northeast, Midwest, South, and West. US state map by region is for states grouped by census regions.

Puerto Rico and other US territories are not part of any census region or census division.