United Arab Emirates is a federal absolute monarchy in Western Asia, at the southeast end of the Arabian Peninsula on the Persian Gulf, bordering Oman to the east and Saudi Arabia to the south, as well as sharing maritime borders with Qatar to the west and Iran to the north. Its capital and largest city is Abu Dhabi and Dubai, respectively, other major cities including Sharjah, Ajman, and Fujairah. 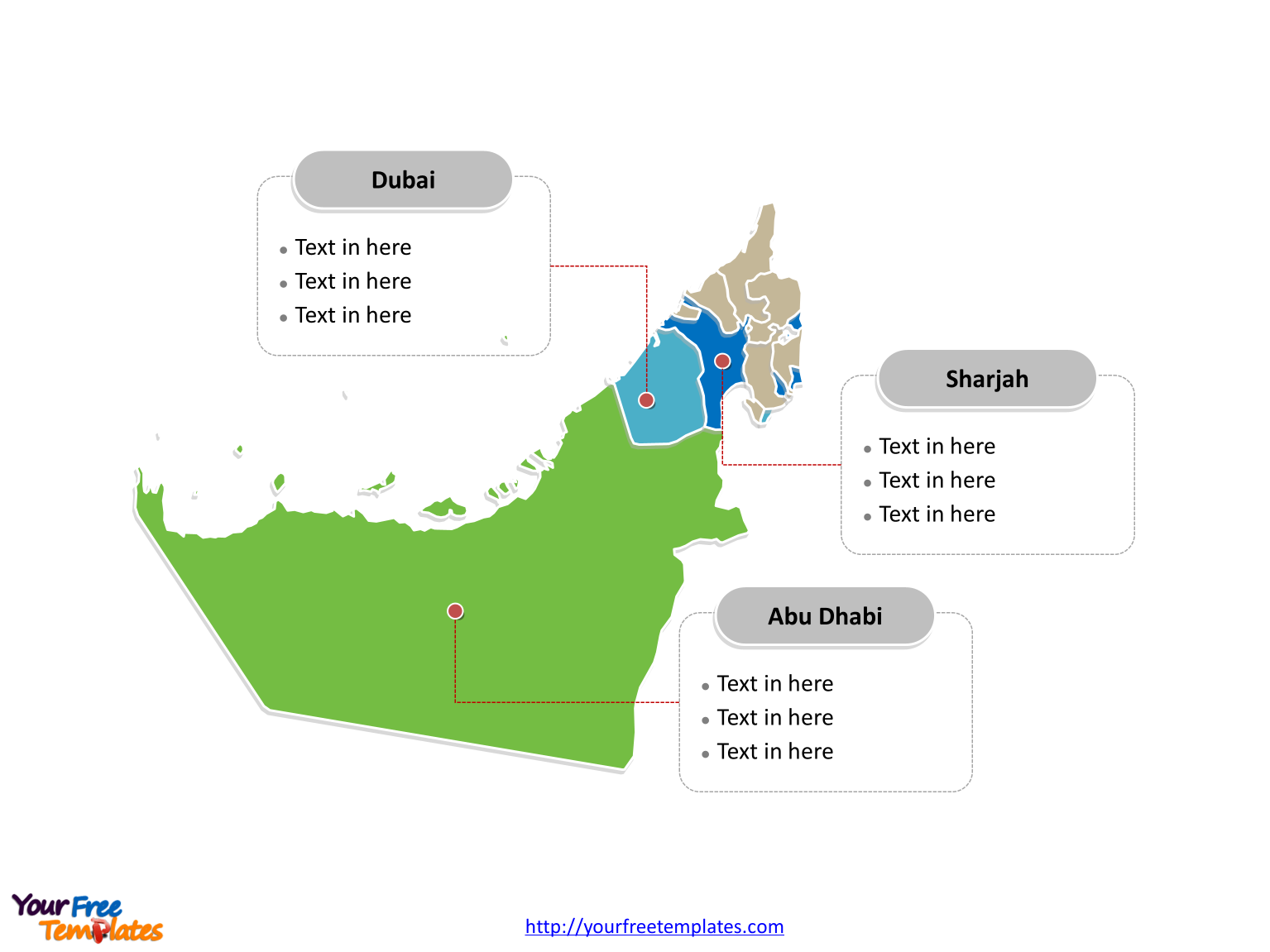